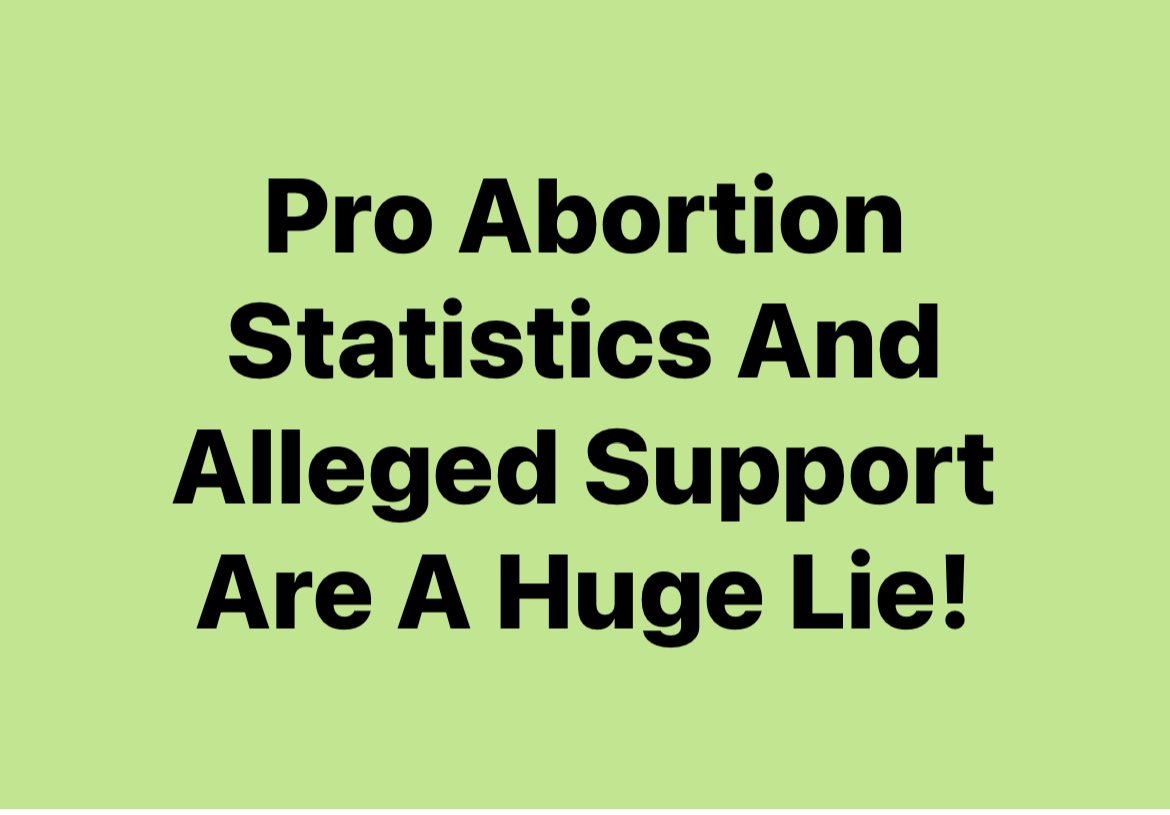 Pro abortion and pro choice statistics are garbage, a huge lie! Abortionist and supporters are not the majority. They are a teeny-tiny percentage of the population. Their manipulation of data and statistics must not be tolerated.

Let’s set the stage with some inclusive context. Although these numbers do not take year by year totals into account, the basic percentage has not changed:

Essentially, empirically demonstrating that only 19% of the population, at any one point in time, chose to participate in abortion.

When you look closely at CDC, the militant social media trolls, and their digital bots abortion statistics, they want you to believe in their lie that 60 to 70% of people support abortion. They aren’t telling you about any portion of their data pool or how they arrived at their percentages. It’s called biased propaganda.

If you can look yourself in the mirror and convince yourself that 70% of the U.S. population (232,820,000 people) are in favor of intentionally killing this child at any stage of development, you are lying to yourself and you have bought into an inhuman sociopathic agenda.

The lies have to stop but they won’t stop if people don’t stand up and demand the truth.

Why Would The MNDFL and Fake Republicans Want Me Shut Down?

Minnesota Elections 2022 – We Must Do Better

Why Would The MNDFL and Fake Republicans Want Me Shut Down?

Minnesota Elections 2022 – We Must Do Better

We can stop the rigged elections in Minnesota