Minnesota 2022 Caucuses Are Being Intentionally Suppressed 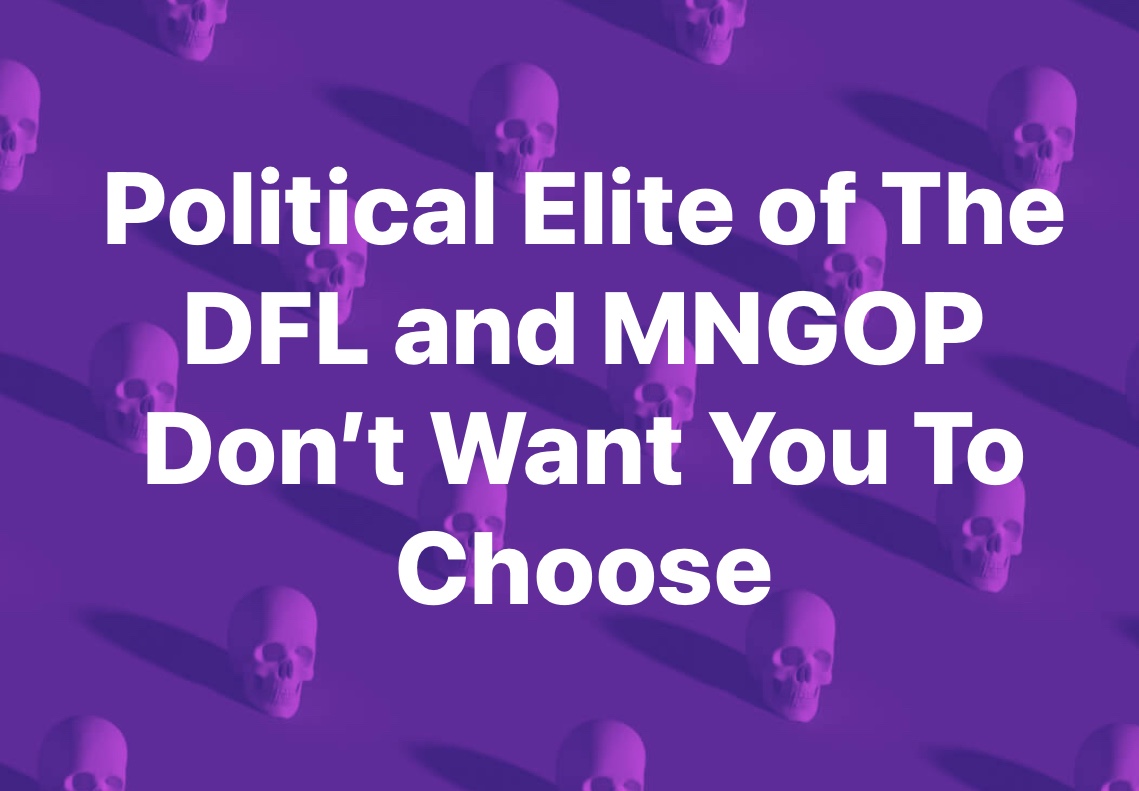 The DFL and MNGOP are making little to no effort to hold Feb 1, 2022 caucuses and doing all they can to block participation.

The screen shot is to illustrate one piece of evidence to a greater problem. Once again blind anger rules some peoples mouths and they don’t think or research.

The caucus process in the State of Minnesota with an open primary process is a premeditated game played by the political elite from the DFL and MNGOP. The DFL is a completely rigged top down dictation process lead by the DNC (there is no DFL anymore). The MNGOP is a pseudo play nice with a few new people while the same 239 gate keepers hold position for 30+ years. Don’t believe me, ask for the lists of party leaders and delegates of the last 30 years. Approximately 239 of them are the same people just in different roles.

The writing is on the wall. Which one of you, if any, can name the locations of the caucus in the district you live. Now ask a few people you believe should know where theirs is.

This has really become an embarrassing joke and I am ashamed of some of the people I once called Republicans.

It’s time for good people to stand up, become a candidate, file for office, and go to primary.